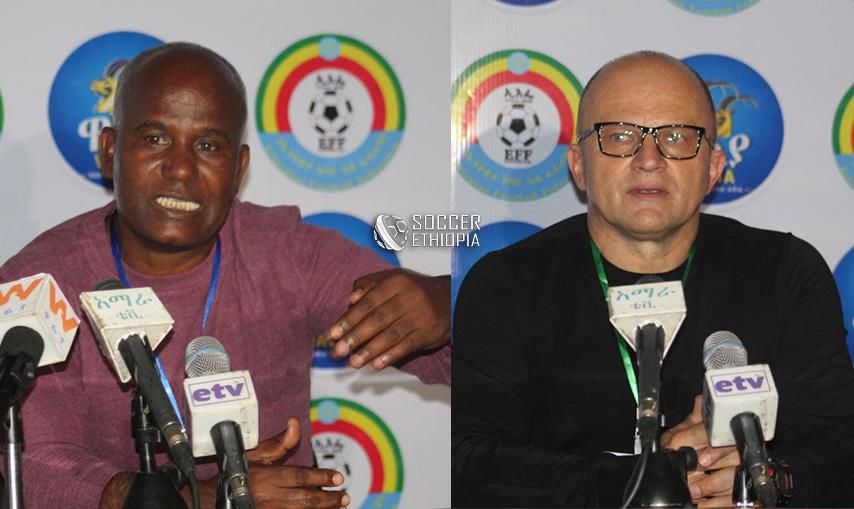 “First of all, I want to congratulate all Ethiopians, as we expected the match was very tough. They were defending very deep so we tried our best to open them up, we did good on both halves but we made some rushed decisions after we reached the attacking third. But eventually we were able to achieve the most important thing that would return us to be in contention for qualification and finally I want to thank my players for their dedication and hard work throughout the 90 minutes.”

“Shimeles is among the good players we have in the squad but I don’t think we faced that difficulties after his departure from the field of play instead of that as time goes by we were a bit anxious. Such games require some sort of mature mentality. I think we did well in that regard as we tried to keep calm in those difficult moments against their low block. We are trying to build a team that opponents don’t simply underestimate but there is still work needed to be done in the minds of the players.”

About the winning goal scored in the dying minutes

“Football is the game of 90 minutes, Goals are there to be scored from the opening till the final whistle is blown. The fact that the winning goal was scored in the final minutes justifies that we were under immense pressure it would be good if we had scored earlier as it would create openings for us to score more.
As we are fast approaching our new year it would be a massive gift for our people.

“The game was an evenly contested one, the Ethiopians were better in some aspects but the draw would be a fair result as both teams tried their at most to get away with points from the game. But I want to congratulate Ethiopians for the win.”

About the incident at the latter stages of the game

“To begin with am very disappointed, the referee was in good control of the game but to award a penalty in the dying minutes of the game you need to be 100% sure. But after taking 10 seconds and then contemplating was very funny I think that is why all those things happened. When you are convinced about the incident you need to award if not you shouldn’t give after taking time. The other thing is that the fourth official indicated that there would be five added minutes but in my opinion what we actually played was for about 20 seconds after the conclusion of the game I went to the referee to ask him why that happened his replay was very funny he told me that my players were not willing to play and left me standing. I think CAF would take disciplinary measures against such misconduct.