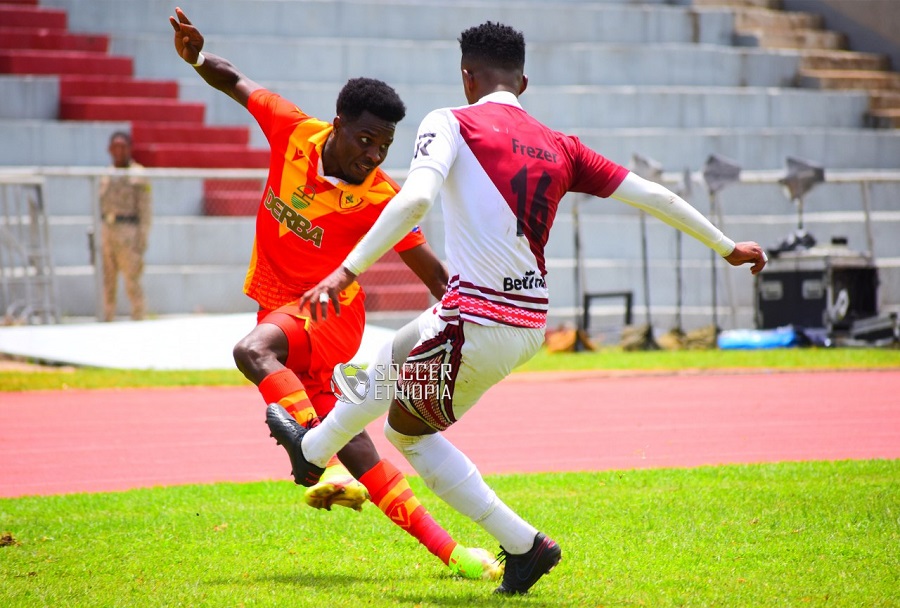 Kidus Giorgis dropped two valuable points in the race for the league title opening the doors to Fasil Kenema while Sebeta Ketema and Jimma Aba Jiffar’s relegation is confirmed.

The 10 am kickoff saw Wolaita Dicha coming from a goal down to beat Jimma Aba Jiffar.

Mesud Mohammed’s wonder strike from long range gave Jimma the breakthrough but they couldn’t maintain their momentum once their skipper Mesud Mohammed was subbed out at halftime due to injury.

Abebayehu Achiso leveled matters for Wolaita Dicha just after the restart and Binyam Fikre wrapped his impressive cameo with a goal in the 86th minute after a bust up between Alazar Markos and Tesfaye Melaku to earn Dicha a much needed three point.

Wolaita Dicha’s quest for three points ended after going without one for the past 11 games, they now move into the 5th spot with 41 points. 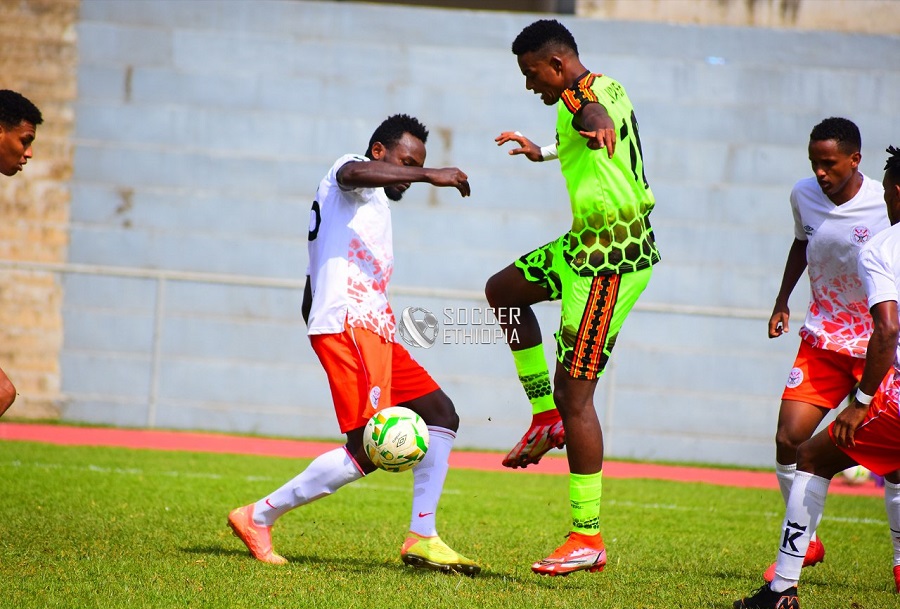 In what were a very tense 90 minutes Kidus Giorgis seem the better side in terms of control and goal attempts to break the deadlock in the 36th minute as a beautifully timed cross from Suleiman Hamid was perfectly met by Amanue G/Micheal who set himself free between Hadiya’s defense.

But in the second half Hadiya Hossana came back stronger and eventually grabbed the equalizing goal in the 80th minute through Efream Zekarias.

Following today’s result, Kidus Giorgis still leads the log with 59 points but their grip might be reduced to a single point if Fasil beat Hawassa by tomorrow lunch time.

In the late kickoff, Addis Ababa put the final nail into Sebeta’s coffin as they ran out a 4-3 victorious to drag themselves out of the drop zone climbing to the 11th spot with 32 points in turn sending Sebeta Ketema into Ethiopia’s higher league. Fitsum Tialhun and Richmond Adongo grabbed two goals each for Addis Ababa while Sebeta who were up for a fight had a couple from Fitsum G/Mariam and the other being scored by Samuel Saliso.

The significance of Addis Ababa’s win doesn’t end here and it also meant that Jimma Aba Jiffare still on 23 points are relegated with two games to go.