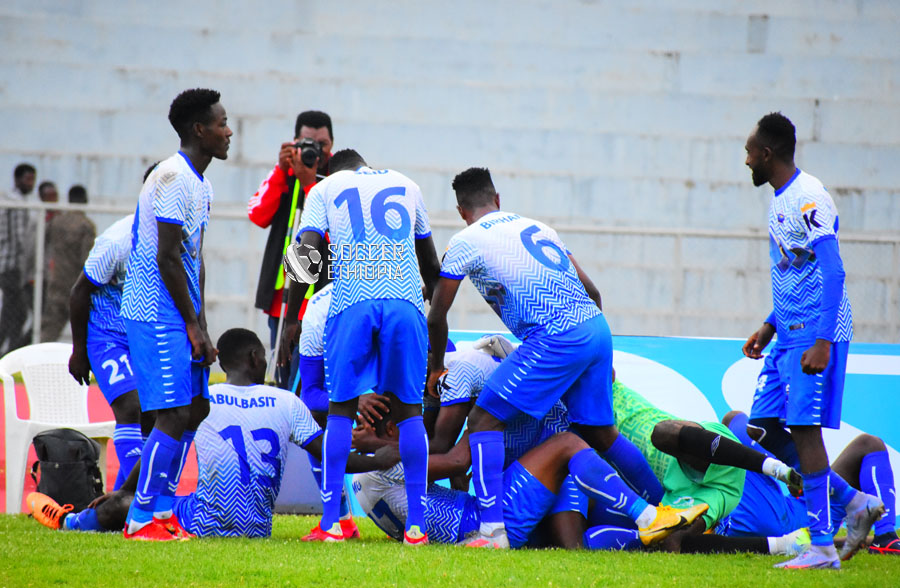 In what was a rescheduled fixture of game week two Hawassa Ketema stun Ethiopia Bunna to claim their first three points of the season.

Hawassa Ketema made several changes from their starting 11 used in their opening fixture with Ghanaian goalie Mohammed Muntari and his compatriot Lawrence Lartey both dropped to the bench after their awful display while the only change from Ethiopia Bunna saw Mohammednur Nasser making way for Chala Teshita.

Ethiopia Bunna had a better start from the onset creating scoring chances and dictating the game, but Hawassa Ketema who seem very happy to sit deep and launch counterattacks opened the scoring in what was their first attempt. In the 32nd minute, Abdulbasit Kemal’s bicycle kick from well worked corner kick earned them the lead.

After being trailed Bunna maintained their pressure but the rhythm of the game was being interrupted frequently with tackles flying here and there, in the second half Temsegen Dana’s men tried their best but Hawassa’s watertight defensive block was not easy to beat.

Following today’s 2-1 defeat Ethiopia Bunna are now 13th with only a point from two games while Hawassa with their first win of the season moved into the top half of the log.