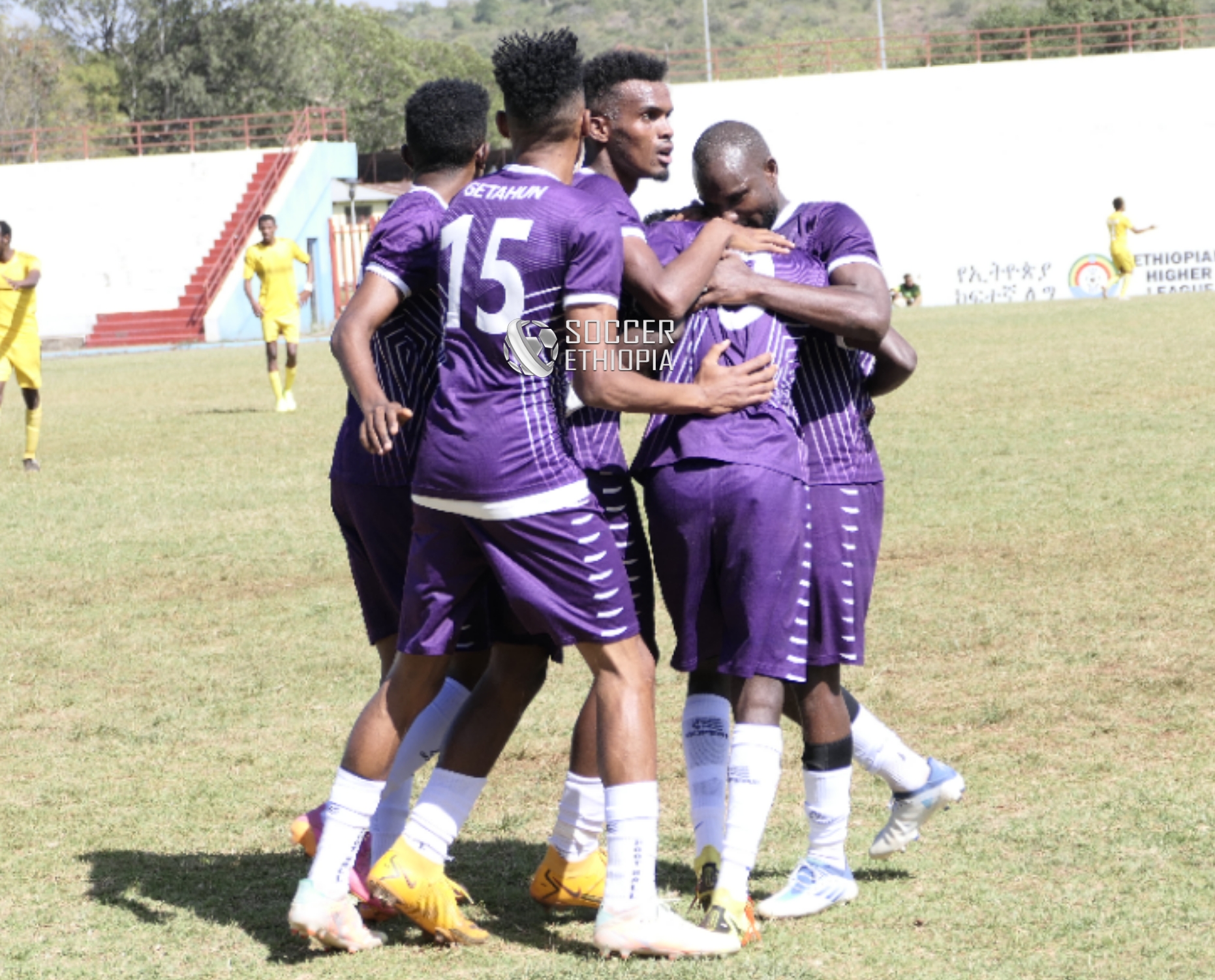 Match Day 11 of the Ethiopian Higher League continued across three towns on Sunday and Monday.

Ethiopia Nigid Bank got a 2-0 win against Addis Ketema Kifle Ketema to claim top spot in Group A.

The game was a close one in the first half but there were few chances to speak of. Ethiopia Nigid Bank managed to take the lead in the 38th minute through Abel Mamush but the goal was controversial because the opponents claimed the ball was out of play in the build up. For this reason the game was interrupted for four minutes.

Nigid Bank were dominant In the second half and Bereket Gizachew scored in the 55th minute to secure the win.

The big game in the group was between Bench Maji Bunna and Woldia Ketema. The game was a close contest in the opening minutes. However, a couple of injuries to Bench Maji Bunna shifted the momentum towards Woldia who managed to take the lead via Worku Getawa. However, The Aboles equalized through Ephrem Tamiru’s spot kick in the 44th minute.

The game wasn’t eventful in the second half and there were no more goals. Following the result Bench Maji Bunna drop down to second place with 23 points.

Shashemene Ketema lost 2-0 to Nib but are still top of the group. Abdufeta Adem and Elias Idris got the winning goals for their side.

The game of the week saw leaders Hambericho Durame face second placed Gelan Ketema. The game ended 1-1 and didn’t result in a change in the standings. Yehualashet Fikadu gave Gelan the lead in the first half while Hambericho drew in the second half through Desta Gechamo.

Two more games in the group ended in a 1-1 draw as Negele Arsi- Yeka Kifle Ketema and Burayu Ketema- Silte Wurabe ended in a stalemate.