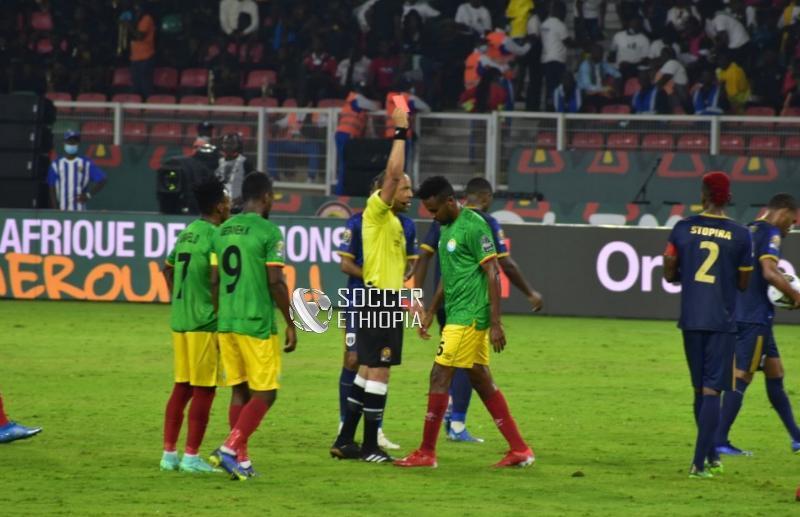 Ethiopia lost their opening game of AFCON 2021 to Cape Verde. What happened on the pitch and what ultimately determined the outcome of the game was something similar to what we have seen before.

The year was 2013 and it was a historic day for Ethiopian football. The Waliyas were back to the biggest tournament in the continent after 31 years of absence. Everyone was in festive mood and the first opponents for The Waliyas were the reigning champions Zambia. However, the most memorable moment of the match didn’t involve a goal rather a red card.

Goalkeeper Jemal Tassew channeled his inner Manuel Neuer when he went on an adventure to clear the ball by leaving his line. But his acrobatic attempt fully landed on the striker and he ended up injuring himself in the process. While being stretched off the field he was shown a red card, one of those rare moments you see in football.

And before they knew it Ethiopia were down to 10 men and had a mountain to climb. Even though Sewnet Bishaw’s side did well to come away with a point they could’ve done better. 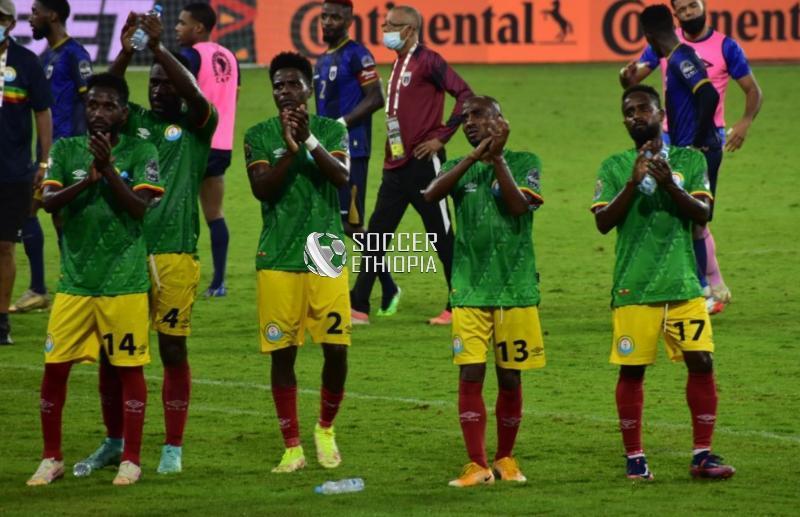 Nine years later Jemal is on the bench watching Ethiopia’s opening game against Cape Verde. He might have had a moment of Deja vu when Yared Bayeh recklessly brought down

Júlio Tavares near the edge of the box. The referee first awarded the Center Back a yellow card but after a consultation with VAR and seeing the footage again it was upgraded to a red card. Once again Ethiopia had it all to do.

Maybe things would’ve been a lot different with 11 men. Cape Verde, although not a side to be taken lightly , were there for the taking.
Ethiopia defended and were restricted to their own half for the majority of the first half. And just when a 0-0 going into half time looked like a good result Tavares’s header put the Blue Sharks ahead.

It was a better performance from The Waliyas in the second half. Webetu Abate made some tweaks to freshen up his tiring players up front. Game changers like Frew Solomon were introduced and Abubeker Nasser was moved to the number 9 position before eventually making way for Mujib Kassim.  Even though The Waliyas still didn’t manage to produce clear cut chances their hold of the ball meant that Cape Verde was kept at bay for most of the half. Ethiopia managed 7 shots in the game but only one of it was on target.

It once again boils down to discipline and defensive organization. This is something the Ethiopian side has been struggling with in the past. Ethiopia lost the ball in a dangerous area and failed to clear it before the red card was awarded and they also were not marking their opponents when the goal was scored.

The Waliyas will play hosts Cameroon on Thursday and it will be a huge task going against The indomitable lions who kicked off their campaign with a 2-1 win against Burkina Faso.