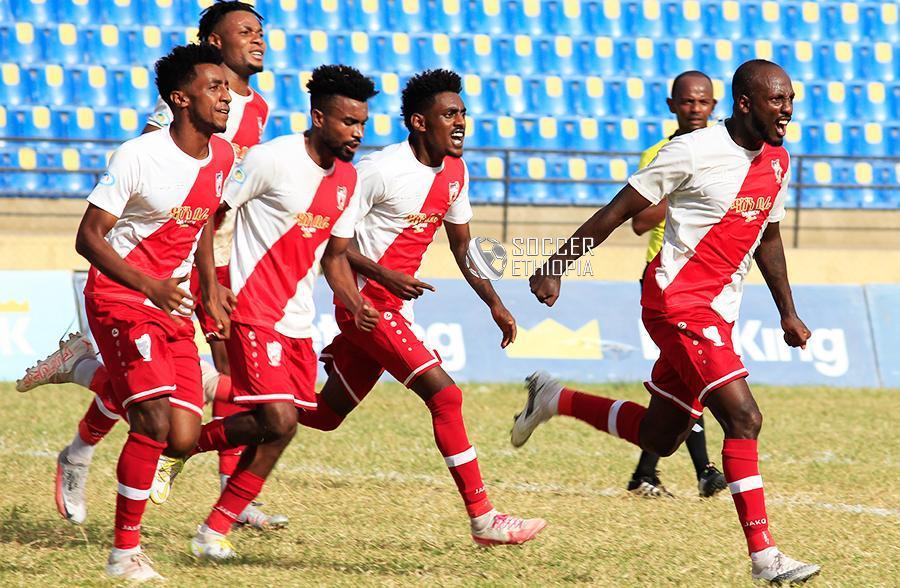 The last game week of the first round commenced today as four star Fasil Kenema hammered Dire while 10 men Hawassa hold on to a draw against Adama Ketema.

Dire were off to a promising start but once Fasil Ketema start to assert themselves they surrender, Last season’s assist King Shemeket Guggsa who was not impressing this season grabbed a brace while Bereket Desta and Okiki Afolabi were also on the score sheet as Fasil hammered Dire 4-0.

Fasil Ketema finishing the round in style are now 3rd with 26 points while the Dire side collecting 5 points from a possible 18 on home soil are 13th with 16 points. In the late kickoff, Hawassa Ketema who were forced to play 68 minutes with 10 men held on to earn a hard fought goalless draw against Adama Ketema.

Hawassa’s Ghanaian goalie Mohammed Muntari was sent off in the 22nd minute for handling the ball in hand outside the box.

With that being the case Zeray Mulu’s men put off a great defensive display to halt Adama’s attacking potency.

Hawassa are still 2nd in the log with 27 points while Adama Ketema who registered their ninth draw of the campaign are 6th with 21 points.