Day two action of game week 23 saw a stalemate between Kidus Giorgis and Wolaita Dicha while Ethiopia Bunna came from behind to earn a remarkable three points.

In the early kickoff league leaders, Kidus Giorgis were unable to unlock Wolaita Dicha’s strong defensive unit as the match ended in a frustrating goalless draw.

Once again Kidus Giorgis’s patience and attacking dynamism were tested as Wolaita Dicha who was happy to sit deep and restricted league leaders from doing any harm, Wolaita Dicha had their moments especially in the second half to kill the game but poor decision making let them down.

Kidus Giorgis yet to lose in the league are still top of the log with 51 points while Wolaita Dicha are 3rd with 36 points. 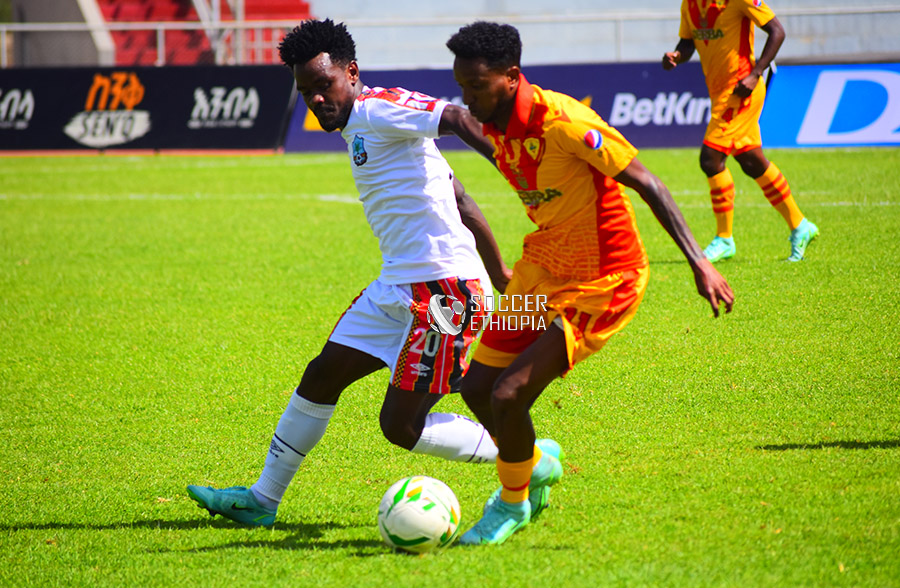 Meanwhile, in the 4 pm kickoff of greater spectacle, Ethiopia Bunna came from two goals down to register a hard fought 4-3 come back win against Wolkite Ketema.

Chala Teshita scored the fastest goal of the season to open the scoring for Wolkite in the 12th second while Getaneh Kebede added another in the 20th minute to increase their lead, but Abubeker Nasser pulled one back from the spot in the 31st minute.

The man in form Getaneh Kebede added another minute later making the score 3-1 as both teams went to the dressing room.

In the second half, Wolkite Ketema would have added a couple of goals to make the game beyond Ethiopia Bunna’s reach as Chala Teshita twice made passing errors in front of Bereket Amare denying Getaneh Kebede the chance to complete his Hattrick.

Wolkite Ketema were made to pay for those missed chances as Ethiopia Bunna made a late resurgence as goals from Yabkale Fereja and Abubeker Nasser in quick succession gave Ethiopia Bunna a lifeline and eventually, Asrat Tunjo would score the winning goal in the 89th minute.

Ethiopia Bunna sits 6th with 34 points as Wolkite Ketema are 8th with 29 points.