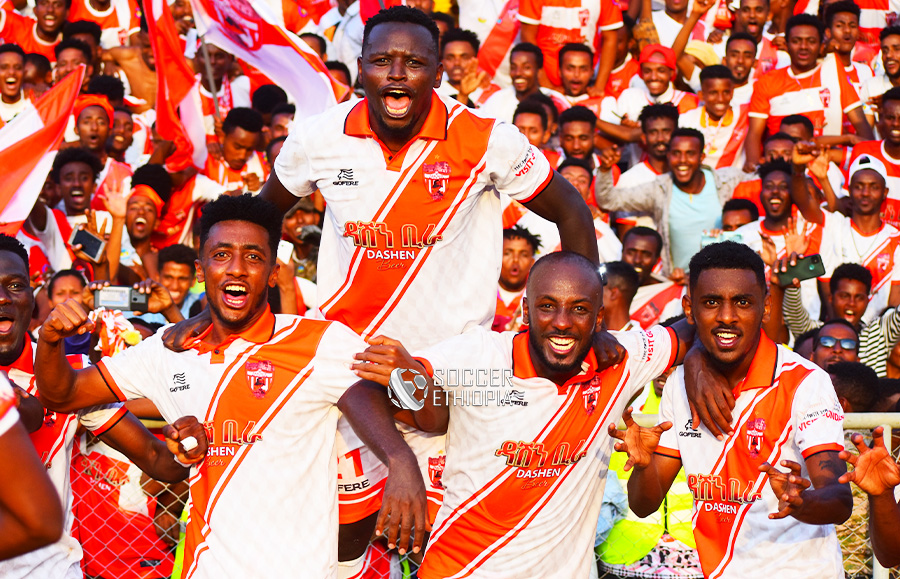 Fasil Kenema sealed a 3-0 first leg win against Bumamuru FC of Burundi in the preliminary round of the 2022/23 CAF Confederation Cup.

The home side led by their fitness trainer Mintesnot Getu and Muluken Abohaye used their default 4-3-3 shape and their new summer recruit Habtamu Gezahege made his debut as a starter in his new red and white color.

Fasil Kenema were the superior side in the first half as they were able to control the game and create scoring chances from their lateral attack meanwhile the visitors sat deep and at times tried to launch quick transitions with no harm done.

Fasil began the second half replacing Natnael GebreGiyorgis in place of Habtamu Gezahegn to maintain their dominance.

In the 63rd minute Fasil Kenema doubled their lead, Malian goalie Mikel Samake’s long ball found Fikadu Alemu who finished it off in style courtesy of a defensive blunder from the visitors.

Vivier Bahati boys showed a much improved performance in the second half but lacked that cutting edge to make their efforts count.

In the final minutes, Fasil Kenema added another goal, another summer recruit Tafese Solomon who made a cameo in the latter stages of the game to make his debut scored a beautiful solo strike to earn his side a well deserved 3-0 victory in front of their colour full fans at the Bahirdar Stadium.

Fasil Kenema seems to be in a pole position going into the return leg which will take place at the Azam complex stadium in a week time, the winner of the tie will face the mighty CS Sfaxien of Tunisia for a place in the group stage.