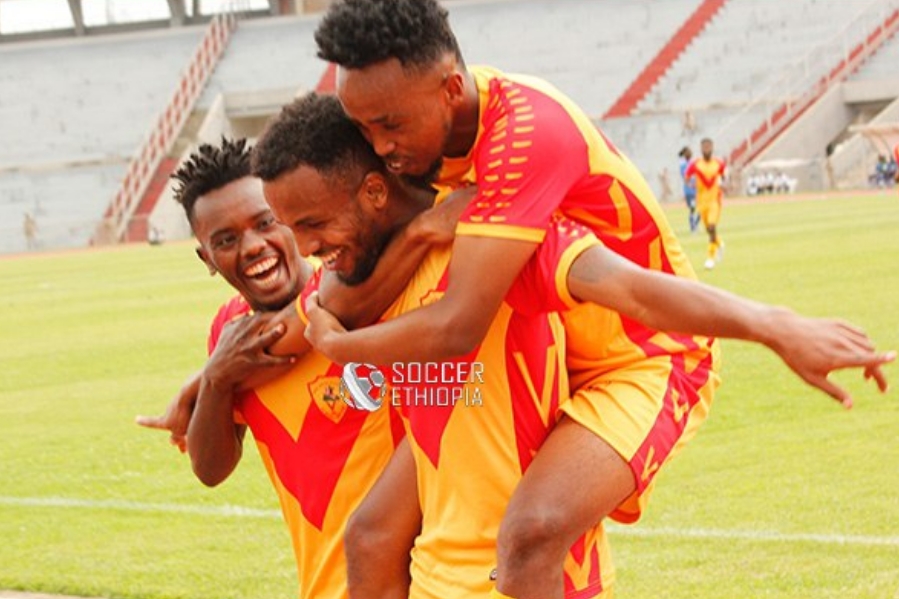 Kidus Giorgis managed to start their CAF Champions League campaign with a 2-1 win against Sudanese side Al Hilal Omdurman in the first round of the preliminary game at Bahir Dar Stadium.

New signings Remedan Yusuf and Binyam Belay were given a start by Zerihun Shengeta, who is now the permanent head coach of the club after leading them to the BetKing Ethiopian Premier League last season.

The horsemen started off brightly and had the lions share of the ball in the opening minutes. Following a free kick awarded outside the penalty box Chernet Gugsa managed to head home from the resulting cross by Benyam Belay to give his side the lead in the 9th minute.

Al Hilal didn’t manage to trouble the home team in the first half and were concentrating more on the defensive part of their game.

In the 29th minute Chernet doubled his team’s lead by converting from inside the box following a save from Al Hilal’s keeper Issa Fofana following Ismaïl Ouro-Agoro’s shot.

In the second half the away side were much improved from the first half. They managed to control the ball and create chances. Their efforts were rewarded in the 80th minute as John Khames Robia halved the deficit.

It was a nervy end for Kidus Giorgis as Al Hilal had a couple of chances to equalize but the Ethiopian champions managed to hold on to their lead to secure an important first leg win.