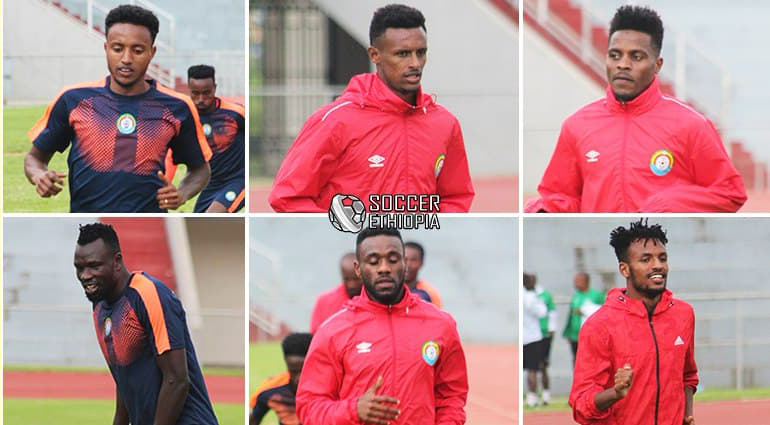 The Ethiopian national team currently camping for the upcoming two world cup qualifying games has been bolstered by Kidus Giorgis players joining and a player has been excluded due to disciplinary reasons.

The national side lead by Wubetu Abate had named a provisional 25 men squad for the upcoming games and commenced their training camp, but the six players called from Kidus Giorgis (Gatoch Panom, Mingot Debebe, Sulieman Hamid, Cherenet Guggsa , Abel Yalew, and Amanuel G/Micheal) were not able to report as their club refused to let them join the camp.

The national team touched down in Bahirdar on Saturday and conducted its first training session in the afternoon, it is now confirmed that Kidus Giorgis players were not part of Saturday’s training but joined their colleagues for the Sunday training session.

Currently, all the 24 players called except Shiemles Bekele who plays his trade in Egypt are at the Bahirdar Blue Nile Avante hotel.

In related news, the Ethiopia Bunna midfielder Tafesse Solomon has been excluded from the team due to disciplinary measures, and Fasil Kenema’s midfielder Bezabihe Meleyo has been recalled into the team in place of him.