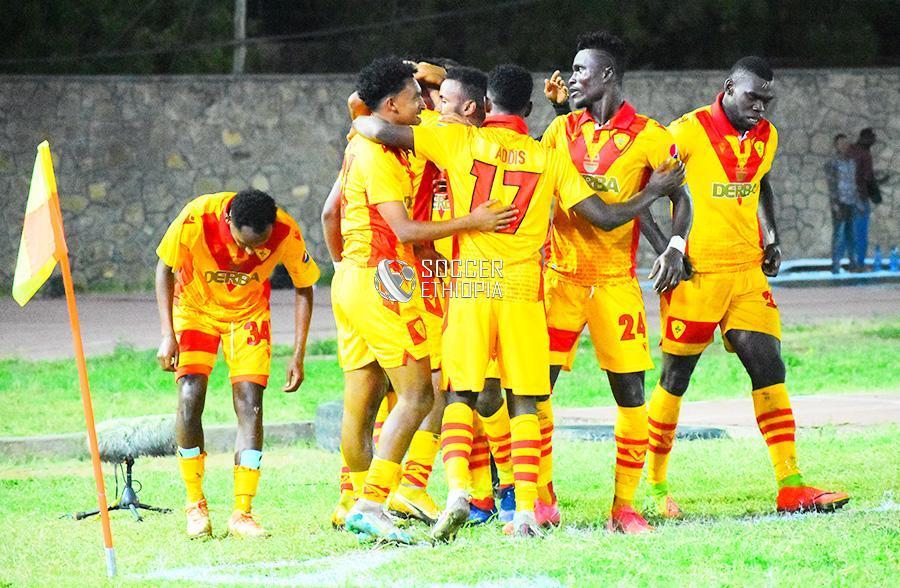 Kidus Giorgis struck twice in the last 10 minutes to stretch their lead at the top while Sidama Bunna also came from behind to edge past Hadiya Hossana in day three action of game week 15.

The early kickoff between Sidama Bunna and Hadiya Hossana exhibited the referee Adane Worku coming off injured after a collision with Sidama Bunna’s defender Yakubu Mohammed to be replaced by the fourth official Teketel Teshome.

The deadlock was broken in the 36 minutes as Baye Gezahege opened the scoring for Hadiya Hossana but a much improved Sidama Bunna side scored twice in the second half to finish the round in a winning way. Dawit Tefera and Baye Gezahegn’s younger brother Habtamu Gezahege were on target for Sidama as they climbed to 4th in the log with 25 points.

In the late encounter, Kidus Giorgis came from behind to collect all three points against Addis Ababa Ketema.

Covid hit Kidus Giorgis were without their caretaker head coach Zerihun Shengeta and several key players as the covid-19 outbreak hit them hard.

Addis Ababa were very brave in the way they approached the match and opened the scoring in the 18th minute through Endale Kebede.

But their bravery was changed into a more cautious approach as they invited pressure from league leaders but Kidus Giorgis’s singularity on attacking depth was seen being fruitless.

League’s top goal scorer Ismael Oro-Agoro converted from the spot in the 68th minute to pull one back and eventually Kidus Giorgis went on to score two goals in quick succession via Natnael Zeleke and Addis Gidey.

Addis Gidey who was back into Kidus Giorgis side after being sidelined for almost a year after a knee surgery marked his return with a goal.

The Horsemen returning to winning ways after two successive draws still remain top of the log with 31 points.