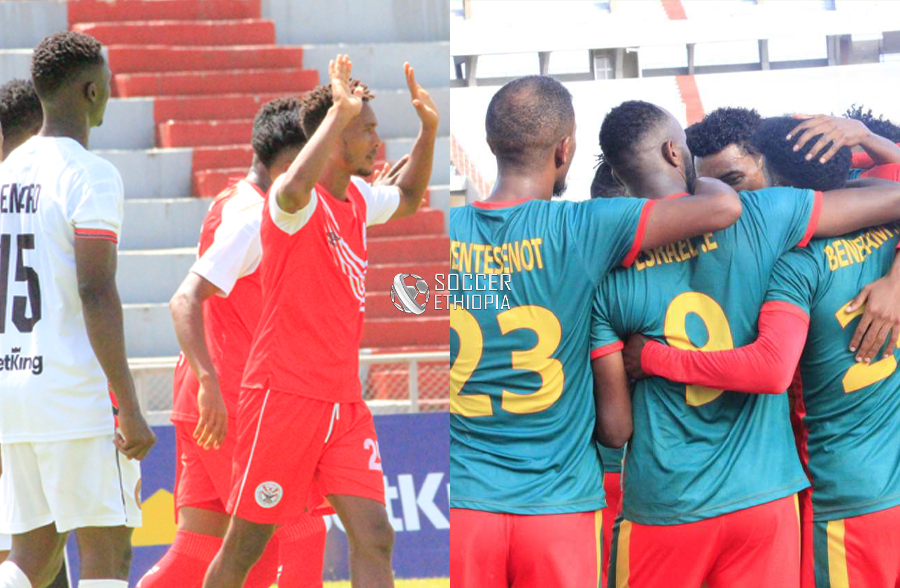 Game week 22 kicked off today at the Bahirdar international stadium, Jimma Aba Jiffar, Ethiopia Bunna and Mekelakeya were all victorious in day one action.

Bahirdar international stadium is the venue for the final run in as kickoff times has been adjusted to accommodate three game day with 10am, 1pm and 4pm the preferred kickoff times. While two goal side referees has been introduced to minimize errors affecting the outcome.

The very first kickoff saw Jimma Aba Jiffare registered back to back wins in their quest for survival, this time they edge past Arbaminch ketema, in what was a very lively contest Arbamich broke the deadlock through Ashenafi Elias but Jimma pulled one back few minutes later through Aschenaki Tsegaye.

The second half was more or less dictated by Arbamich Ketema after the introduction of Fikadu Mekonnen but Jimma Aba Jiffare stun them deep in the second half after Eyob Alemayehu composed finish gave them the vital three points.

In the lunch time kickoff Ethiopia Bunna came from behind to beat DireDawa Ketema, the man in form Henock Ayele scored his fifth goal of the season to give dire the early lead in the 12th minute.

But Abubeker Nasser, who is newly introduced to the starting 11 after missing the last couple of games due to injury, was on target twice to give his side all the three points.

In the late kickoff Israel Eshetu and Addisu Atula goals saw Mekelakeya earn back to back wins, this time out they defeated Hadiya Hossana 2-1.