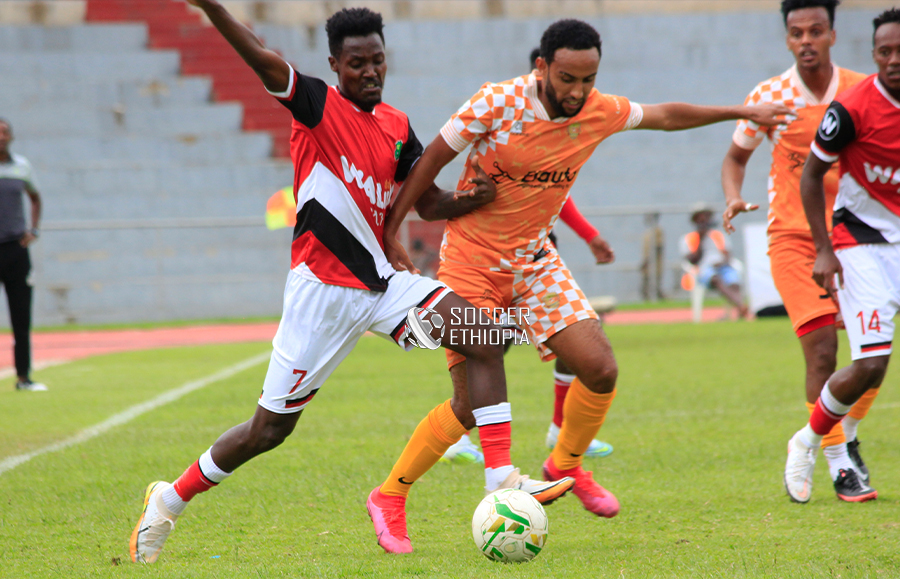 Dire Dawa Ketema need to pull a miracle to avoid relegation as they split points with Adama Ketema in what was a do or die clash for both sides.

In the 10 am kickoff Hawassa Ketema robbed Mekelakeya all the three points to remain 4th in the log.

Mekelakeya were the superior side in the entirety but couldn’t create enough clear cut chances but they took the lead moments before halftime through the teenage sensation Teshome Belachew.

But Hawassa side who couldn’t create any goal scoring chance in the first half equalized with their first attempt as Biruk Beyene’s free kick rattled the upright and went in and went on to add another one 10 minutes later through Wondemagen Hailu. In the late kickoff, DireDawa and Adama Ketema played out a one all draw in do or die for their quest to safety.

Dire took the lead early through Abduletif Mohammed but put off their leg from the pedal once they went ahead inviting pressure from Adama and eventually concede one soon after the restart through Abdissa Jemal, Both sides produced an all in performance in the second half considering the very difficult condition of the pitch.

Following the draw Adama and Addis Ababa are now level on 32 points while DireDawa Kenema, now on 30 points need a miracle to stay in the league and also the draw meant Wolkite Ketema, Bahirdar Ketema and Mekelakeya official confirmed their premier league status next season.