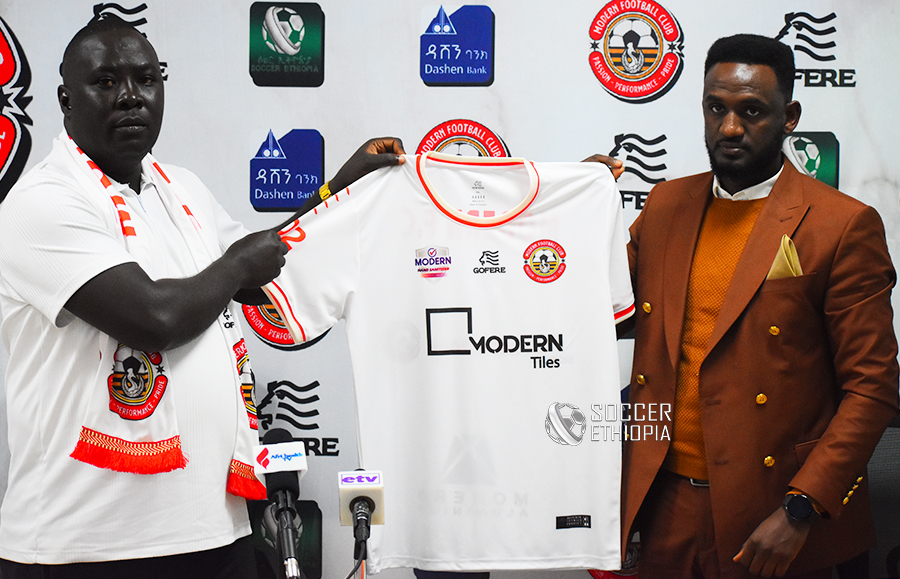 The three years deal will see the Ethiopian sportswear brand supply the Jinga based side with 8 different outfits from the start of next season, the club is in a process of rebranding itself into Modern F.C from Gaddafi Modern F.C after sealing a 20 years sponsorship deal with Modern Group.

In the official unveiling held today at the Gofere headquarters Gofere’s CEO Mr. Samuel Mekonnen, and Mr.Edrine Ochieng, President of Gaddafi Modern F.C were present to put pen to paper.

Mr. Samuel Mekonnen, founder and CEO of Gofere explained the agreement stating Gofere would be the official kit sponsor for the coming years while the club would purchase 10,000 replica shirts for its fans.

Mr. Samuel also added that this deal will further open doors for them as they are locking horns with other companies, especially in the Eastern Africa market.

While Mr.Edrine Ochieng, President of Gaddafi Modern F.C also stated that they choose Gofere after evaluating offers from different multinational companies including Adidas and Puma, he also added stated that they have been stunned by the quality of the product and speed in which they deliver.

Gofere, a company with an aspiration of becoming a household name in the African sportswear industry had previously penned a three years sponsorship deal with South Sudan side Malakia F.C.

Recently Gofere also signed Abubeker Nasser as its brand ambassador and is expected to launch “Abuki 10” a sporting brand in the coming months.