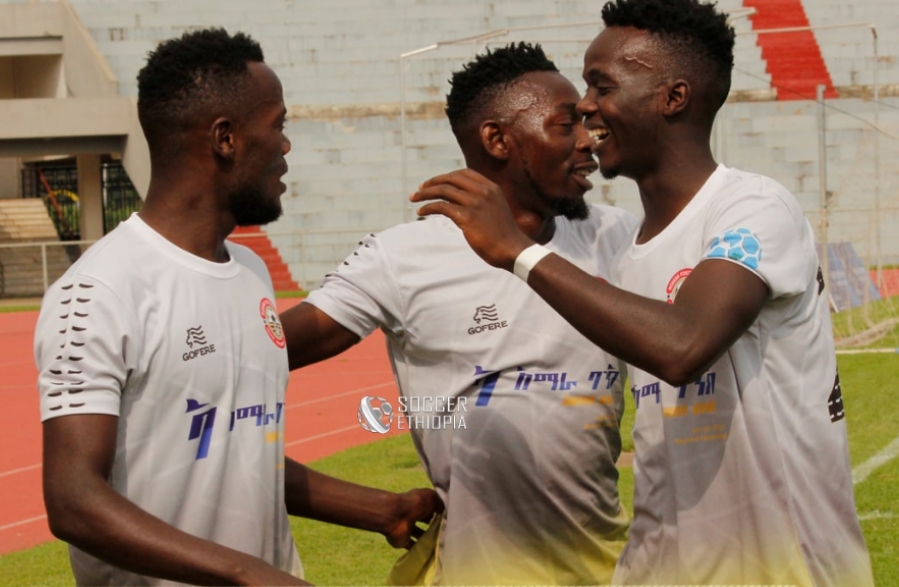 Before kickoff Dires Sahlu (Dr.) Mayor of Bahirdar City, Mr. Rizek Issa Amhara Regional state Youth & Sport office execuitive and other dignitaries were in attendance to officially mark the onset of the tournament.

The jinga based got off to a mark very early as Charles Mussige close range header gave them the breakthrough in the 5th minute.

The match saw the ongoing Bahirdar Ketema head coach Abraham Mebratu and his predecessor Degarege Yigzaw watching the game together while the team was being lead by assistant Dereje Mengistu.

On the pitch Modern Gaddafi lead by Wasswa Bbosa were to good to handel for Bahirdar Ketema as goals from Serenkuma Simahe and another from Charles Mussige ended the half 3-0 in favour of Modern Gaddafi.

The second half witnessed a much improved performance from Bahirdar Ketema with so many new faces but they couldn’t capitalize their dominance to the frustration of their fans.

After the conclusion of the match Charles Mussige who joined Gaddafi Modern from Express FC was named man of the match and recieved an accolade from Samuel Mekonene who is the cofounder of Gofere sports apparel manufacturer.