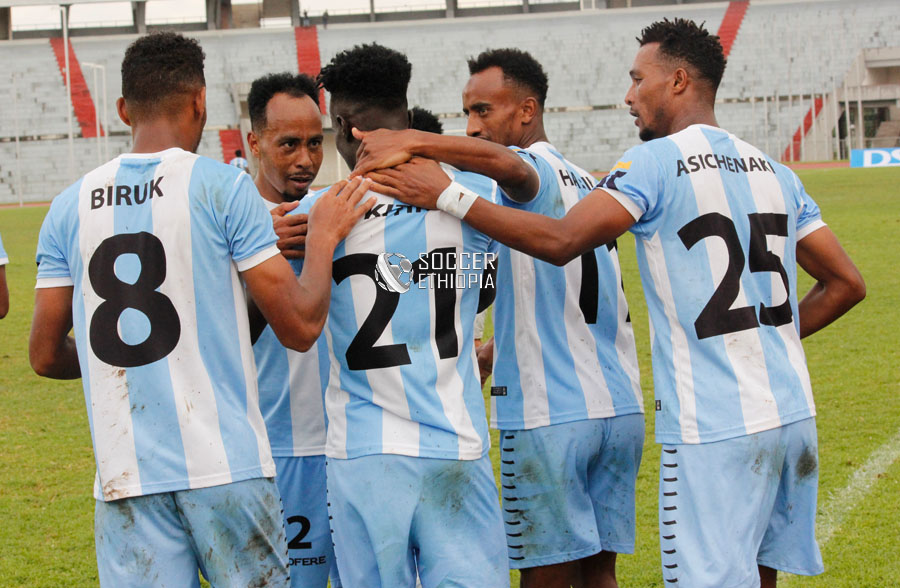 Bahir Dar Ketema left shocked while Ethiopia Medhin bounced back from the embarrassing opening day defeat with a dramatic win.

In the early kickoff, Wolkite Ketema upset Bahir Dar Ketema courtesy of a 60th minute long range strike from Temesgen Bejerond to claim back to back wins currently setting the early pace in the log.

In the late kickoff, Ethiopia Medhin bounced back from their humiliating opening day defeat, this time defeating Arbaminch Ketema in a 7 goals thriller.

Tewodrose Bekele returned to Ethiopia Medhin’s starting lineup for the relief of their head coach Gebremedhin whose side, especially in defense lacked numbers due to a long list of injured players.

In what was a very entertaining 90 minutes of football both sides gave their at most to earn their first point of the campaign, Arbaminch took the lead through their defender Ashenafi Fida in the opening minutes but Biruk Mulugeta leveled matters minutes later while the promising youngster Kitika Jemma gave Medhin the edge in the 22nd minute But a minute later Temesgen Derese’s strike made the score 2-2 going into half time. 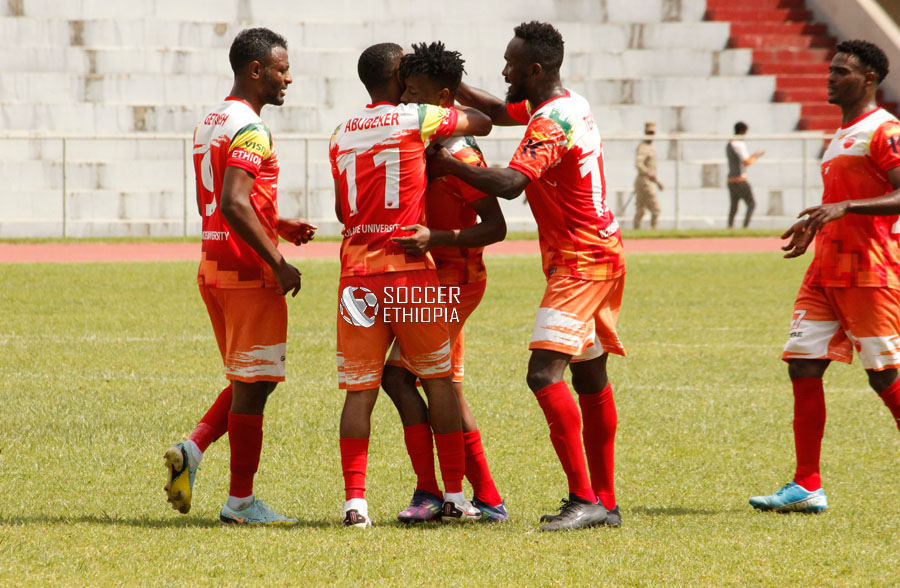 The second half was more poised but Temsgen Derese strike again to give “The Crocodiles” the lead in the 77th minute, But Ethiopia Medhin pulled a great come back in the final minutes with goals from Aschenaki Tsegaye and Eyob Gebremariam in the 86th & 87th minute earned Ethiopia Medhin a massive three points to lift their spirits after the humiliating opening day defeat.