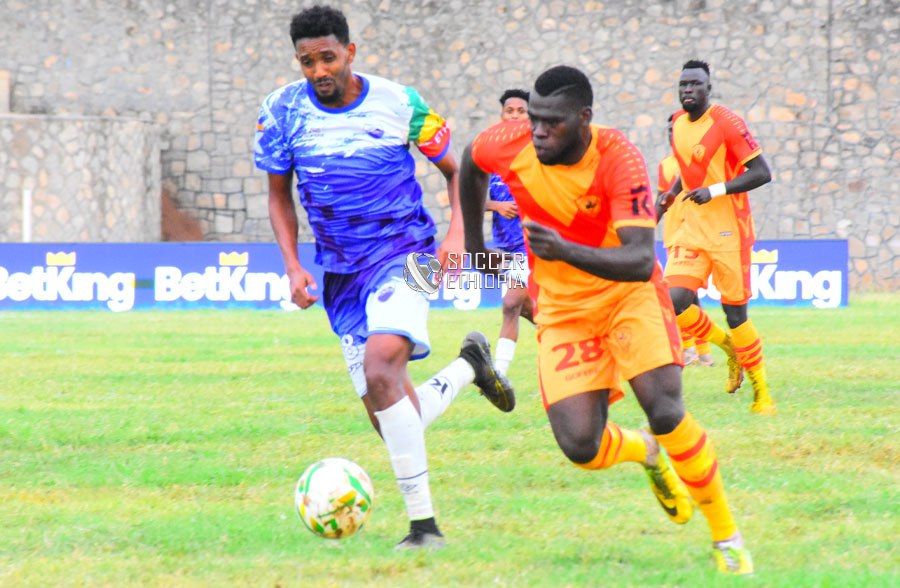 In the early kickoff league leaders Kidus Giorgis earn a hard fought point against Wolkite Ketema in a game that witnessed a frantic finale.

Amanuel G/Micheal once again was on the score sheet to give the horsemen the breakthrough lead in the 35th minute to cap a first half were Kidus Giorgis were the dominant side in every aspect. Meanwhile the second half saw a much improved Wolkite Ketema side asking Kidus Giorgis different questions in search of the equalizing goal, ex-horsemen Abubeker Sani produced a sensational second half performance netting twice in the70th & 74th minute turning the score line but this season current top scorer Ismael Oro-Agoro scored in the 90+3′ minute to earn his side a point.

Kidus Giorgis who are winless in their last three matches are still top of the log with 14 points while Wolkite Ketema are 7th with 10 points. 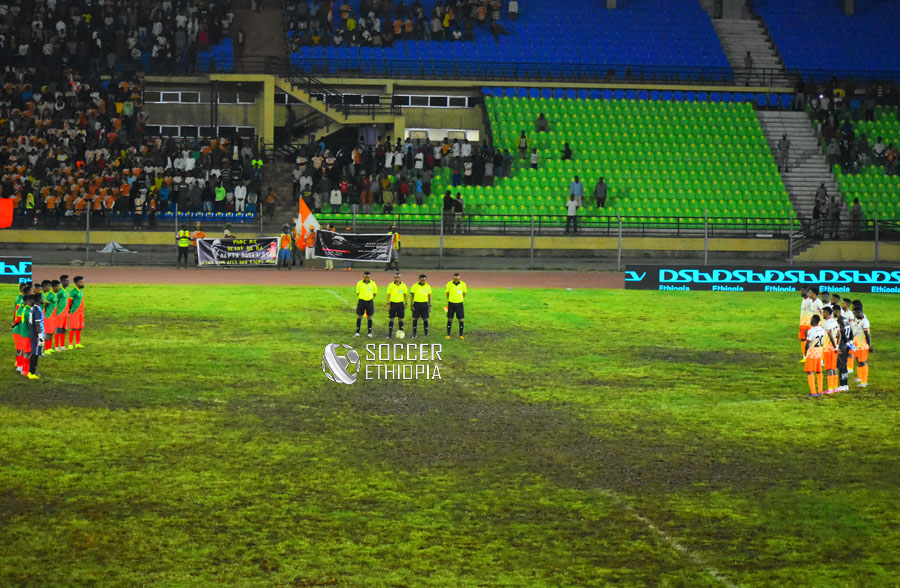 In the late kickoff also played in a very difficult pitch home side Dire Dawa Ketema and Mechal also played out a one all draw.

Prior to kickoff the late legendary Afan Oromo musician Ali Birra was remembered and a minute of silence was observed in the stadium as a mark of respect in the attendance of Dire Dawa’s mayor Kedir Juhar.

In the evenly contested encounter Samuel Saliso gave Mechal the lead before Yared Tadesse equalized Dire from a successful penality kick.Following the draw Dire Dawa sit 8th with 8 points while Mechal are 11th with 7 points.