In the 4pm kickoff Legetafo Legedadi finally add a point to their tally after six failed attempts this time they narrowly missed a chance to collect all the three points giving up on their lead in dying minutes against the mighty Ethiopia Bunna.

Robel T/Michael gave Ethiopia Bunna the lead in the 52nd minute from the spot but Mezgebu Tola drew Legtafo level two minutes latter in what was the very first goal his side scored in 5 matches, in the 68th minute Ebsa Befekadu gave Tilahun Teshome’s men an overwhelming lead to cap his surprising inclusion in the starting XI.
Legetafo Legedadi hang on to their lead soaking the piling the pressure from Ethiopia Bunna but their resilience didn’t last till full time as their lapse in concentration lead to second half substitute Anteneh Tefera earn a hard fought one point for Ethiopia Bunna. 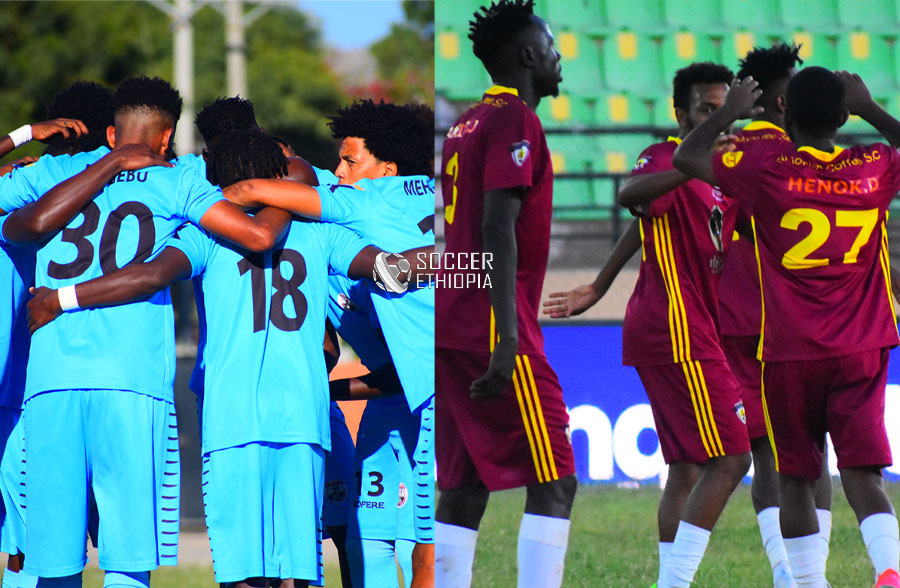 Legetafo Legedadi are still bottom of the log with 5 points where as Temesgen Dana’s Ethiopia Bunna dropped to 9th with 14 points.

In the late kickoff 10 men Arbaminch Ketema hang on to their one goal lead to earn all the three points at the expense of Adama Ketema.

Ahmed Hussien’s 19th minute strike was enough for Mesay Teferi’s men earn their second win of the campaign after 5 attempts going one player light after Butaka Shemena was given a second yellow card in the 55th minute.

Arbamich Ketema now on 10 points climbed to 10th spot, Adama Ketema who now lost 4 games in a row dropped to 14th with their 7 points.