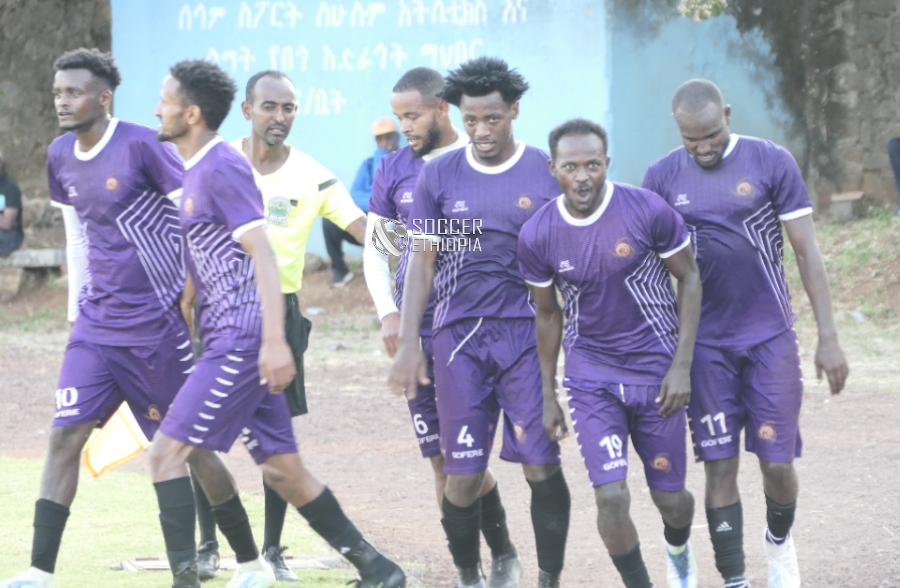 The Ethiopian Higher League continued on Sunday and Monday with games taking place across all three groups.

Ethiopia Nigd Bank claimed top spot in Group A after beating Woldia Ketema 2-1 in what was an interesting tie. Bedru Nurhussien gave Woldia the lead in the 44th minute after converting brilliantly from Biniam Lankamo’s pass. However, Abel Mamush of Nigid Bank managed to level the score just before half time.

After the break it was Nigid Bank who played well and were rewarded when Leoulseged Asfaw put them ahead in the 60th minute. A 2-1 win has put Nigid Bank top of the table with ten points.

Jimma Aba Bunna drew 0-0 with Wollo Kombolcha while Sebeta Ketema suffered another loss as they lost 4-1 to Bench Maji Bunna and sit bottom of the pile with 0 points. In the other games Sendafa Beke beat Akaki Kaliti 3-1, Addis Ketema lost to Durame Ketema 2-0, and Gamo Chencha got a 3-1 win over Butajira Ketema.

Nekemte Ketema suffered their first defeat of the season as they lost 1-0 to Debrebirhan Ketema. Yetesha Gizaw scored the winning goal in the 5th minute.
This result helped Shashemene Ketema claim top spot as they continue their 100% winning record. They managed to beat Injibara Ketema 3-1 with goals from Addisalem Dessalegn, Amrela Deltata and Getnet Tesfaye.

Kirkos Kifleketema beat Addis Ababa 4-2. Kirkos led 4-0 with two goals from Asnake Moges and Honelgn Tariku before half time and another two after the break by Kedir Salah and Umran Sulemeni. Addis Ababa got two late goals via Walelgn Gebre and Kemal Hadji to narrow the scoreline.

Silte Werabe got a narrow win over Kolfe Kifle Ketema in front of their many supporters. Sadik Secho scored the only goal of the game in the 30th minute. Silte were dominant in the first half but Kolfe tried to get the equalizer in the second half even though it wasn’t successful. Kolfe’s loss saw them drop to 4th place.

Dessie Ketema also got a 1-0 win against Sodo Ketema to jointly lead the table with Silte Werabe. Aker Cham also managed to get the goal.

Hambaricho beat Omedla 2-1 to continue their winning run. Robe Ketema got their first win of the season by beating Damot Ketema. Jimma Aba Jifar beat Negele Arsi 3-0 for their maiden victory. In the other game Burayu Ketema beat Gelan Ketema 1-0.