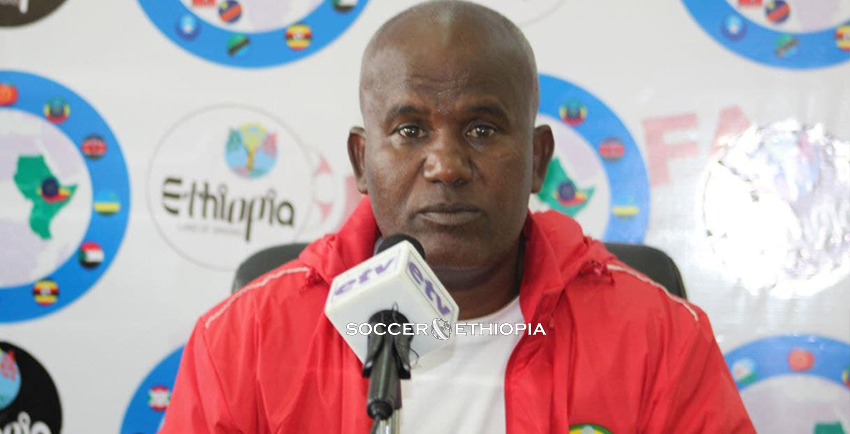 “This was our fourth game, we drew three times. We are witnessing progress game by game, today we were leading by two goals and conceded one later. The game was a difficult one as our opponent were very strong physically but we managed to beat them.”

About his teams 7th place finish

“I am curious about the tournament, there were three teams in three groups and we had two group stage games I think it would have been better if four(five) teams were drawn in two groups. That would give teams a chance to play three (four) group games but with the current format 7th or 8th place finishes were contested but am very happy with my players overall performance.”

About his teams performance on the two halves

“In the first half we had very good possession of the ball and we reached opponents box created many chances. Truly speaking we created more chances than we scored, we were better in all aspects than the three previous games. As we played more games our the team was starting to develop confidence, but as we draw in the last games having taken the lead the players were a bit cautioned and were very defensive in the second half but with that being said we were successful in nullifying their play and went on to win the game.”

The team’s overall journey in the tournament

“We entered this tournament with an aim of nurturing the future senior national side players and secondly to get experience and assess the neighbouring nations current status. In line with that as being a host nation, we were aspiring to be successful. In terms of results we couldn’t achieve our target excluding the Eritrea knockout game we drew twice and lost once, if we analyze the results lonely that doesn’t sound good. But if we look from a broader sense we were able to witness future senior national team players in each position. We shall focus on the team dominance in the way we want to play, I think we have shown that in each game. The only issue I think was we needed to have competitive friendly games I think there is a gap in the sense. That issue forced us to build our team along the tournament, in the future if we came across such friendly games we would improve the team a lot.

“Now at least we shave some substantial thing in hand, essentially not only us even our opponents and experts have given their testimony. We need to work on that to expand that nationwide but we should improve on progressing our possession into scoring chances and also we need to improve on the physical aspect of the game. Am really pleased that our team has finally found a certain color that is a huge step forward.

“What we really want is to have as many youth players with the same attitude that could fill the gaps in the senior side. In that regard I don’t think we should expect another Cecafa tournament to do so, we should have frequent friendly matches with those players to mature our playing style and also we should give those promising lads the chance to express themselves on the senior side.

*The DR Congo coach didn’t give his post match thoughts.