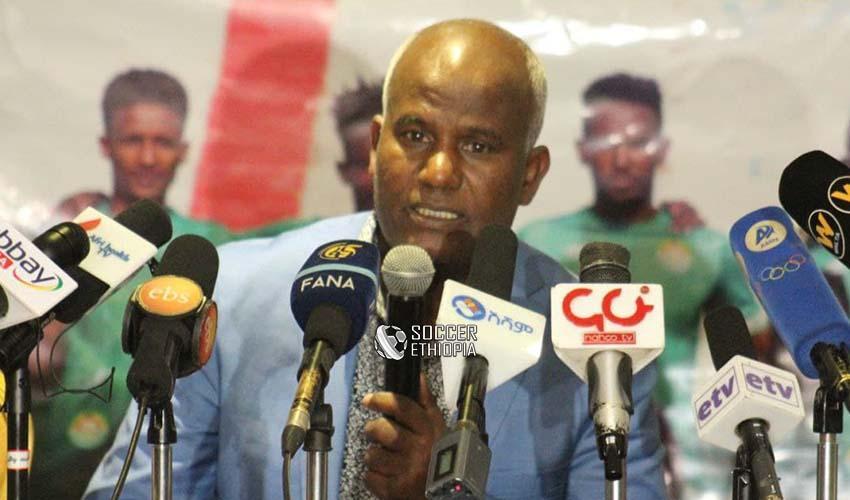 Head Coach of The Waliyas Webetu Abate faced the media in a technical report program organized at Elilly Hotel on Thursday. Webetu touched on a number of issues from preparation to team selection and we will summarize his thoughts below.

Regarding the preparation of the National Team they have about 2 weeks before AFCON starts and in that time the team will have a total of 28 players in the squad, initially the team consisted of 25 players but later on added 3 more. Webetu said that he has been monitoring the weight and nutrition of his players while also communicating with the coaches of the clubs in the BetKing Ethiopian Premier League.

Webetu reminded the media about the goals that were set for the team: “ We planned to make it to the last 10 of the World Cup qualifiers but we weren’t able to achieve that. Our other goal was to qualify for the AFCON which we were able to do. We will try to be fierce competitors and reach the knock out stages. We have been discussing about this.”

The coach also said that there will be different opinions about team selection and that he is the man to make the final decision. “ If I hand out 30 papers for you to select players there will be 30 different papers and mine will be the 31st. I will be the one who will decide. When I selected Amanuel Gebremicheal there were a lot of opposition. People said he only plays 15 minutes for the club but he came in and scored against Niger and Madagascar. The same can be said about Mesud Mohammed. He was realeased from his contract and joined Jimma. Despite that he is an important player for us and you should hear what the coaches of other national teams say about him. “

Webetu also talked about the exclusion of foreign based players. He said David Beshah has been asking to work with the national team and that he is the one who agreed to work with him. They started working together in September. The coach added: “ He sent me the profile of several players but he only sent 3 videos. We tried to assess the videos closely. There is a goalkeeper called Daniel who plays in Norway and I tried to watch his videos. I tried to check the club’s website but wasn’t able to find much information. We asked ourselves if it is possible to bring in these players and integrate them into the squad within a short period of time. If we are convinced that the quality of the players can help us achieve something we will bring them in the morning and field them in the afternoon. But if that’s not the case the harm outweighs the benefit and that is what I decided.” 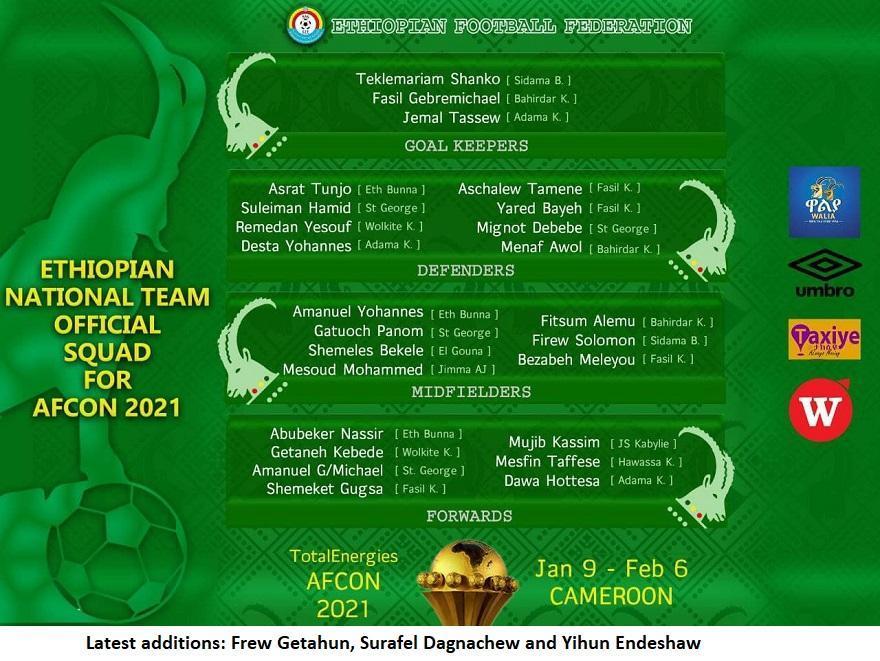 After leaving to Cameroon the team is expected to play 2 friendlies in preparation to the tournament.