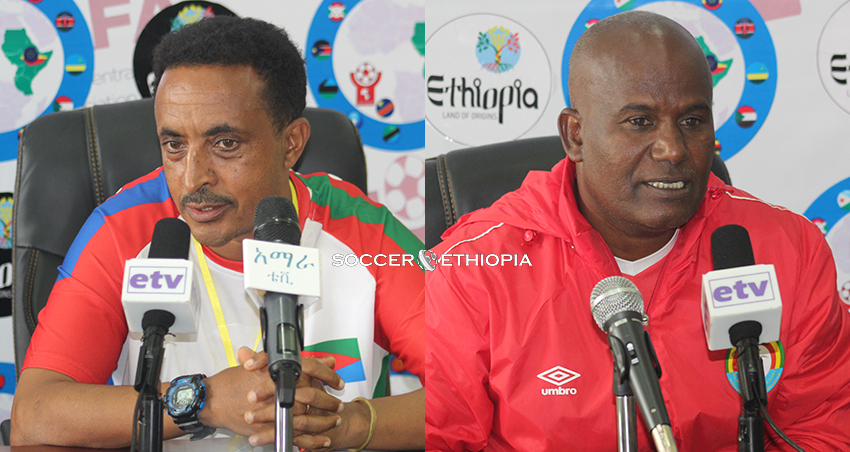 His overall assessment of the game?

We were in good control of the game that’s why we won. We were reluctant not to give them space that why we defended very compact that helped us to reach to shoutout. Penalty kicks are decided by lack not tactics, the Ethiopian side had much of the ball but we defended well and came out on top so I think our tactics worked out well.

About their game plan?

“Football is decided by results, we preferred what would make us successful the result would speak for that. Games are not decided by having the ball if that was the case Goals weren’t needed you would only give the point to the team who had the ball. we did what we think was best for us and we were successful in it.”

Why did they opt to alter their game plan?

“They are technically better than us and also have the pace so we were well aware of our opponents so that why we were defensive. At times you need to adjust for specific games based on the proposition you are set to face.”

The importance of the win?

“It would encourage our players and also pave the way to develop our football.”

“I would like to congratulate the Eritrea national team, for the entire game we were having the ball and tried to break the Eritrean low block but you wouldn’t win games without outscoring your opponent. With that being said I am witnessing improvement in the team by each passing game especially in ball possession and chance creation but we need to improve in the final third that had decided the game. we played to win but unfortunately, we were not lucky.”

lack of sharpness in the final third?

“We are building something, against physical imposing sides we couldn’t win games by making 50/50 balls instead we need to control the game, possess the ball, play in the opponents half, play with a high line. I think these are certain aspects we are building upon but being good in those things shall be supplemented by shooting and scoring goals we need to improve on those things. But we are building an identity for our national team.”

“They were very solid today, they were defending very near to their goal and they were very successful on doing so apart from that they were not adventures like the previous meeting we had as they created so many chances last time out than they did today.”

Things to take away to the senior side from those three games they had in the tournament so far?

“To build a strong senior national team there should be a similar playing style being implemented among age group national teams that’s what we are trying to do. Up to this point, we are doing our best to have that uniformity and in doing so we are witnessing some players having a promising improvement so at least 70% of the players we had now would be an integral part of the senior national team in the coming 8 years, we are on the right track.